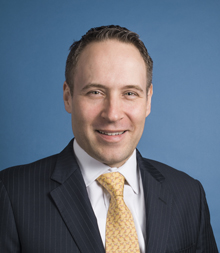 Antares is the Managing Director of Seabury Capital’s European Aviation, Aerospace & Defense (AA&D) Investment Banking (IB) team.  Based in London, his primary responsibilities include the origination and execution of all IB-related transactions across the AA&D industry in the EMEA region, encompassing all forms of mergers and acquisitions, fund raising and corporate divestments.  He joined Seabury in 2013 and has, since then, built a core London-based IB team to complement our global IB capability and establish key client relationships for mandated assignments across the EMEA region.  Since joining Seabury, Antares has successfully completed multiple cross-border transactions in aircraft actuation, aircraft interiors, IFE, safety systems, maintenance repair and overhaul (MRO), component distribution and scheduled European airlines.

Immediately prior to joining us, Antares spent  four years at Barons Financial Services in London, focusing on the origination of AA&D transactions on a worldwide basis where he completed a number of transactions in aerospace propulsion, MRO, aircraft interiors, aerospace distribution and aircraft systems.  Prior to that, he led CIT’s European origination effort to tailor financial solutions for European aerospace clients and financial sponsors, where he led or was an integral part of a variety of financing and M&A transactions across the industry including MRO, aerospace distribution, aircraft engine manufacturing, flight training and OEM manufacture.  Antares also spent time as an AVP with GE Capital in London, where he worked on European financing transactions and developed extensive international experience covering projects in Sweden, Norway, United States, Italy and UK, and worked for McKinsey in Portugal as an Associate, with PwC as a Senior Strategy Consultant and CCF Bank and Pactual Bank in Sao Paulo, Brazil as a stock broker and mutual funds specialist.

Antares received his B.S. from FGV with a concentration in Finance and holds an MBA from London Business School. He is fluent in Portuguese and English and has a business-level understanding of Spanish and Italian.  Antares is a dual British and Brazilian citizen and maintains both SEC Series 7 and FCA CF-30 certification.