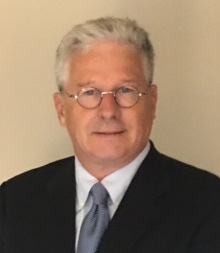 He has 35 years of experience in aircraft financing and selling.

He served as Senior Vice President of Finance with Airbus SAS in charge of customer finance, corporate finance, cash and currency management reporting to the CFO. He was a member of the Airbus deal approval committee and sales/production matching committee for eight years.

He set up the Airbus deal analysis protocol and the pricing for risk model for financing risks.

For 13 years, he has been involved in all major Airbus sales campaigns where customer financing was critical to win the deals in the USA, Latin America and Europe, and keeping them alive in times of crisis like Asian crisis, 9-11 and SARS.

He is an expert in worldwide financing solutions, having defined and implemented Airbus’ customer finance strategy “hold and sell” together with the direct financing of more than 300 aircraft using the most diverse structures (tax leases in the US, France, Japan, Germany; senior and junior loans; ECA and EETC financings).

He joined Airbus in 1982 in the sales Contract Division, building the internal deal evaluation model, then became sales contract negotiator before moving in 1985 to the USA to build the

North American sales finance team. In 1989, Benoit created Airbus’ Financial Services in Dublin and was promoted as head of customer finance worldwide in 1994.

Benoit is a founder of the Aviation Working Group which promoted the changes in the OECD agreement ASU and the cape town convention. Benoit has also served as a Director and Member of SITA’s Supervisory Board for both SITA INC, and SITA Group where he was Chairman of the Audit Committee. He served as ONAIR’s CEO for three years until July 2010.

He currently lives in Toulouse, but has worked and lived in Paris, Dublin, New York, Geneva, and Washington.