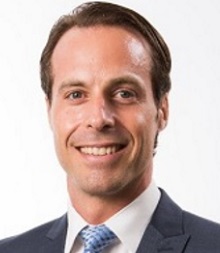 Nicolas Dellachiesa is a Director of the Seabury Capital’s European Aerospace & Defense (A&D) Investment Banking (IB) team. Based in London, his primary responsibilities include the origination and execution of all IB-related transactions across the A&D industry in the EMEA region, encompassing all forms of mergers and acquisitions, fund raising and corporate divestments.

He previously worked on the buy-side for a $200m London based private equity fund, originating, executing and managing investments. The fund’s hands-on approach to value creation allowed him to acquire valuable experience in company’s due diligence, turnarounds and business development. During his time at Citigroup’s M&A Industrials team he worked in a variety of financing and M&A transactions involving A&D companies and diversified industrial company with an A&D component.

Nicolas had a fast track career at the Airbus group holding several leadership and management positions across the company. As part of the group’s innovation initiatives he was part of the team involved in the elaboration of the business plan for one of the group’ new ventures, thereby gaining industry strategic knowledge. During his time in procurement he worked closely with Tier1 suppliers, achieving the program’s cost reduction objectives and gaining a deep understanding of the suppliers’ aftermarket business. Having also managed large engineering teams during the aircraft development phase and being the main focal point for cabin customization activities for key airline accounts, Nicolas has developed a strong understanding of operations and built long lasting relationships within the industry.

Nicolas graduated first in class from Institut National des Sciences Appliquées and holds an MBA from London Business School. He is fluent in French, Spanish and English and has a business-level understanding of Italian.