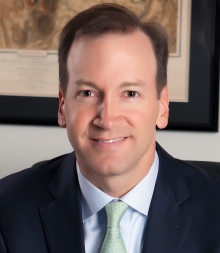 Doug is a Managing Director at Seabury Securities, where he advises airline and institutional-investor clients on financings, fleet acquisitions and dispositions, mergers, and corporate restructurings.  Over the course of his 24-year career, Doug has worked with more than two dozen carriers, arranged or funded more than USD20 billion in debt and equity capital, and restructured more than USD40 billion in financings through both in- and out-of-court proceedings.

Prior to joining Seabury, Doug was a Managing Director at SkyWorks Capital, where he co-led the firm’s investment banking practice, and before that, he was Senior Vice President, Marketing-Americas at SMBC Aviation Capital and its predecessor, RBS Aviation Capital, where he was responsible for the origination and execution of new leasing and debt financing business in that region.

Prior to that, Doug was a Managing Director and Senior Counsel at United Airlines, where he was responsible for general corporate finance, aircraft finance, M&A and  the restructuring of the company’s fleet and financial obligations during United’s extensive Chapter 11 reorganization.

Doug began his career as an associate with Perkins Coie LLP, where he concentrated on corporate finance, aircraft finance, and mergers and acquisitions.