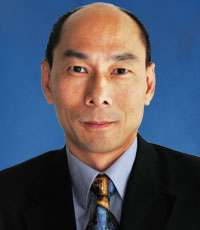 Joseph joined Seabury in January 2006 as our Los Angeles Office Manager, responsible for the administration of assets under management, including trade receivables and life settlement portfolios. Joseph is an experienced operation executive. Prior to joining Seabury, Joseph was Chief Operation Officer of an international OEM shoe manufacturer whose business is private labels and licenses to clients such as Wal-Mart, Sears, Nine West, Ross, Nordstrom & Macy’s, with factories located in China, India, Brazil and Italy. Joseph managed his team with responsibilities in the areas of human resources, corporate planning, financial management, procurement, space acquisition, and administrative services. Before Cels Enterprises Inc., he was Controller of Digital Scientific Research Inc., a multi-million personal computer manufacturing company, where he participated in high level organization planning and implementation of agency-wide and statewide programs with significant impact to the profitability of the company. Before Digital Scientific, Joseph was Industrial Engineer of various start-up companies, responsible for product and process designs. During these years, he has developed an “engineer’s approach” to problem solving which he applies in his future career as an operation executive.

Joseph received his Bachelor of Science, Electrical Engineering degree from the University of Southern California.