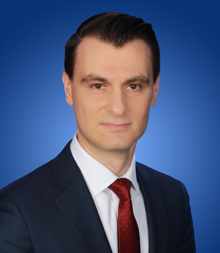 Most recently, Mr. Krastev advised Azul in its successful $450M capital raise from HNA Group, as well as Azul’s investment in TAP Portugal. Mr. Krastev was involved in the highly successful liquidity financing programs for US Airways ($525M) and Air Canada (CAD$1B). Mr. Krastev also advised Frontier Airlines in its acquisition by Republic Airways. Prior high-profile assignments include US Airways’ liquidity financing program ($1.1B) in 2008; advising Northwest Airlines (2005-2007) during its financial restructuring, including arranging $750M of new equity and restructuring of debt obligations; and advising Air Canada (2003-2004) and US Airways (2002-2003) during their respective court-supervised proceedings, including restructuring of aircraft debt and lease financings.

Mr. Krastev holds a B.S. degree with a double major in Finance and Computer Applications Information Systems from the University of Bridgeport. He is a FINRA registered representative with Series 7, 63 and 79